Over 70,000 adventurers descended on a forgotten part of East London as we recreated the world of Blade Runner: The Final Cut.

The audience was transported to the iconic setting of a futuristic Los Angeles, a city on the brink of destruction. From a bustling Eastern market filled with curiosities to the infamous dimly lit whiskey-fuelled Snake Pit Bar, acid rain storms plagued the neon skyline and all inhabitants roaming below. Since our first collaboration in 2016, Entourage have worked closely with Secret Cinema as their technical production partner as they have grown and developed their brand into one of the leading immersive entertainment companies in the UK.

We have partnered with Secret Cinema on numerous productions that have seen a combined audience of over 500,000 people visit immersive worlds ranging in locations ranging from abandoned warehouses to public parks. We collaborate with the Secret Cinema team to creatively solve the practical problems that need to be overcome to deliver their world leading immersive experiences. For Secret Cinema Presents Blade Runner: The Final Cut, our team delivered technical and site production including overseeing the lighting, audio, rigging, video, special effects, scenic and art departments. We made it rain, inside, onto hundreds of people a night. We managed the technical CAD design of the show, the CDM construction and audience health and safety. Our team also coordinated the venue planning applications, and premise licensing with the local authority. Closest you’ll ever get to living the movie… 10/10
Sci-fi Bulletin
Exciting, evocative and loaded with detail
Time Out
Real life quickly begins to pale in comparison
Metro 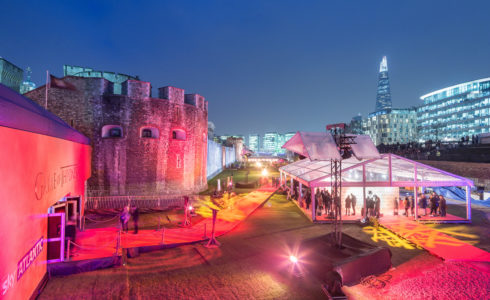